The award goes to playwrights who may have established themselves regionally or in smaller theaters, but have yet to obtain national recognition or mainstage productions at prominent professional theaters in New York City or around the country.

Betty Osborn was a director, dramaturg, critic, writer, member of ATCA, and a longtime staffer at Theatre Communications Group. She was a passionate proponent of artists she believed deserved more opportunities and national attention, and was particularly interested in emerging playwrights with distinct theatrical voices who brought something new to the American stage.

Her family helped ATCA found the Osborn Award after Betty’s untimely death from cancer in 1993, at age 52. The award has encouraged and supported a wide range of works by playwrights over the years whose artistry deserves more exposure.

A full list of Osborn Award winners appears below. 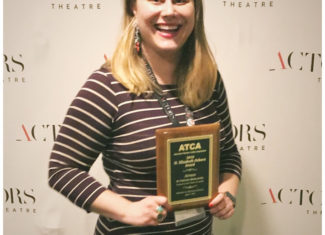